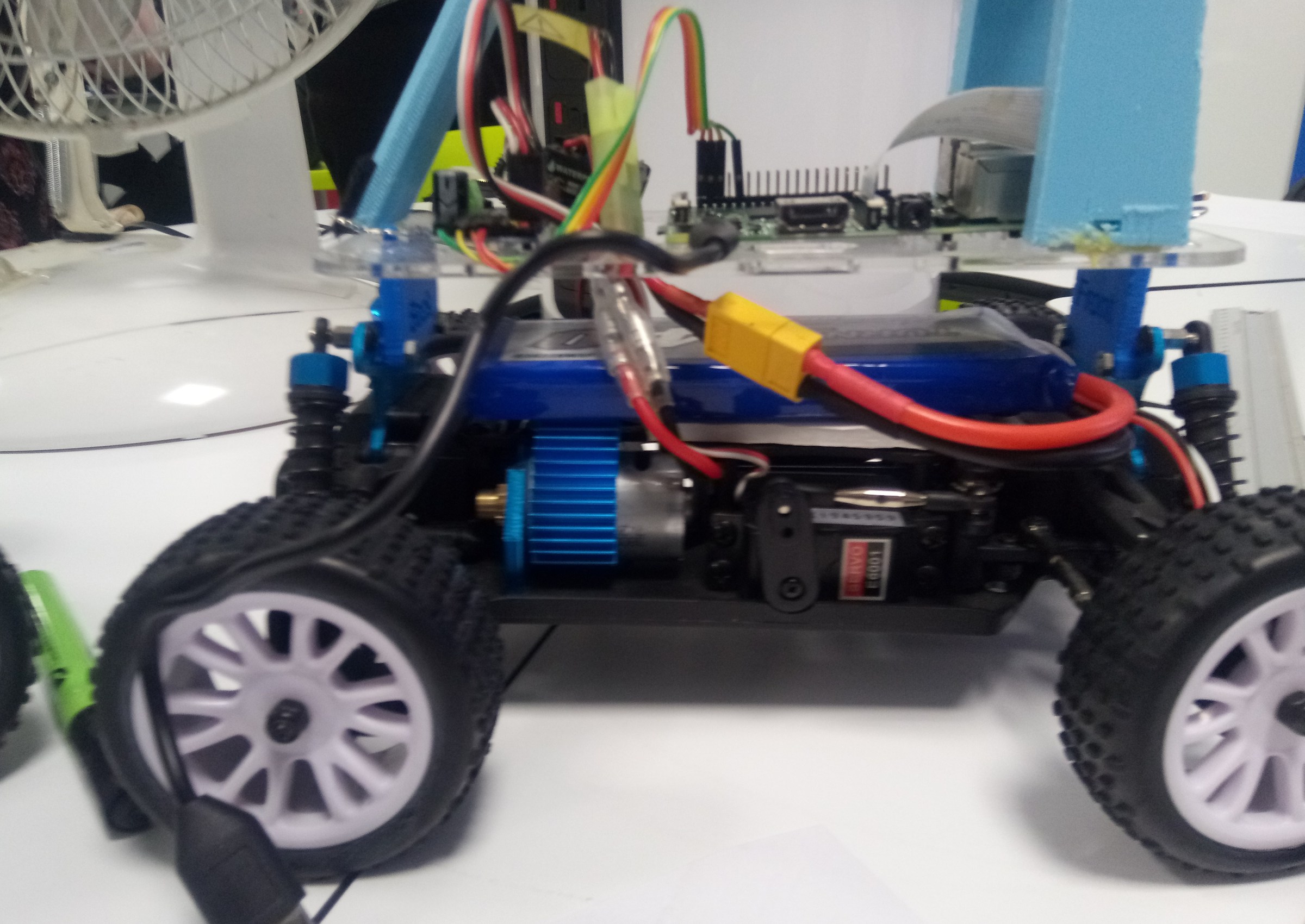 Digital Maker CIC are looking for 20 young people (11-18 years old) to join us for a five week course at Transition Extreme to build, maintain, program and use driverless cars!

Working in teams, we will build a state of the art 1/16th scale car, learn about the technology involved in running an A.I (Artificial Intelligence) robot in order to train & race them!

The 20 spaces are free to join (thanks to the U-Decide funding from Aberdeen City Council), so be quick! This is a first for Aberdeen & Scotland!

If you want to be in with a chance of joining us, send us an email to AwesomeTech@digital-maker.co.uk First Come, First Served.

We’ve uploaded 2 videos of the work we’ve done so far on preparing for the Driverless Car workshops we’re running soon.

We’ve documented the first “track” (Masking tape on the floor)

and then the black paper track + 2 different types of tape (for higher contrast). 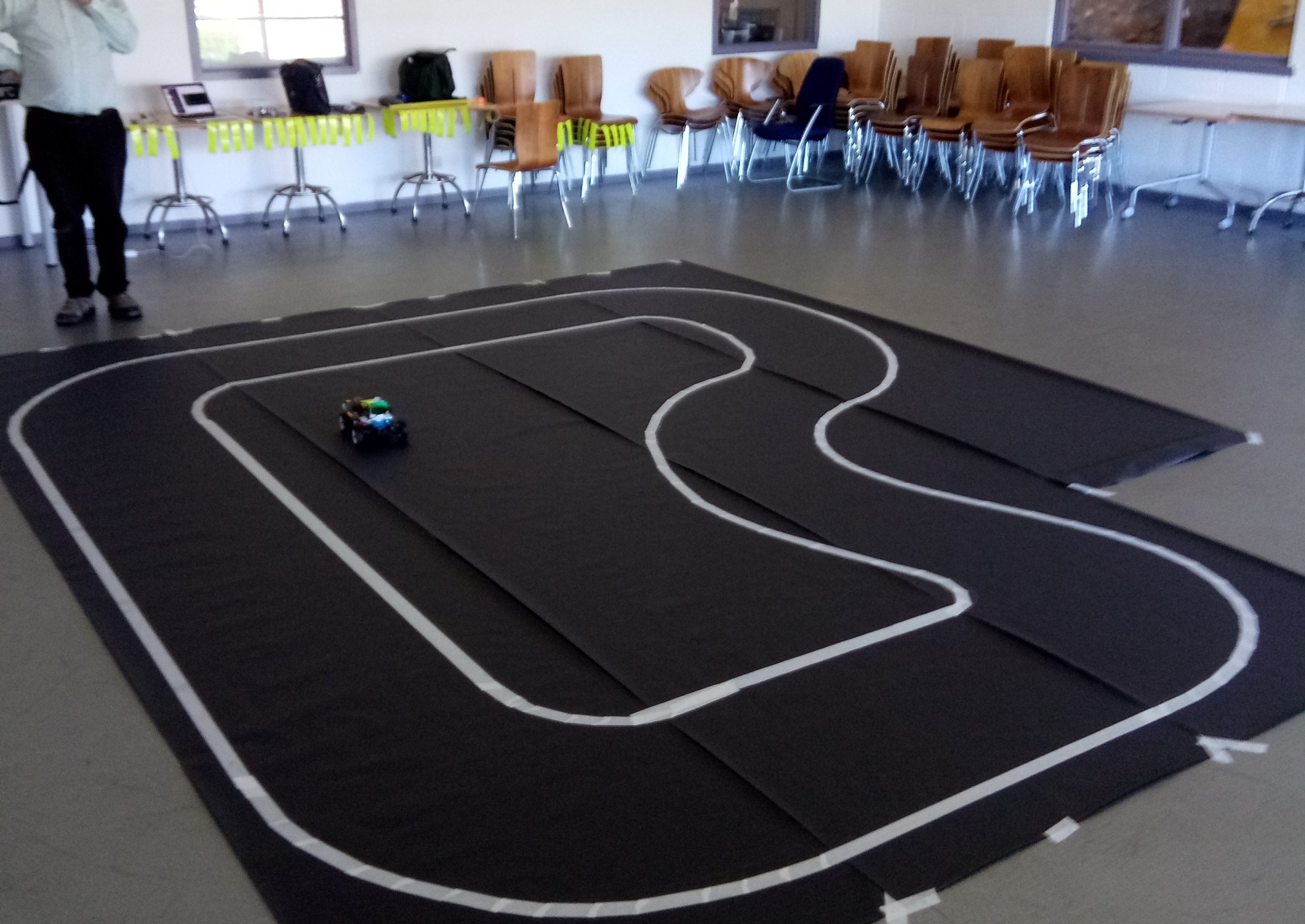 Here’s a little bit of footage from the car on our last test. We’d developed a more contrasted track with black paper & coloured tapes, which is providing excellent images for the processor / AI. 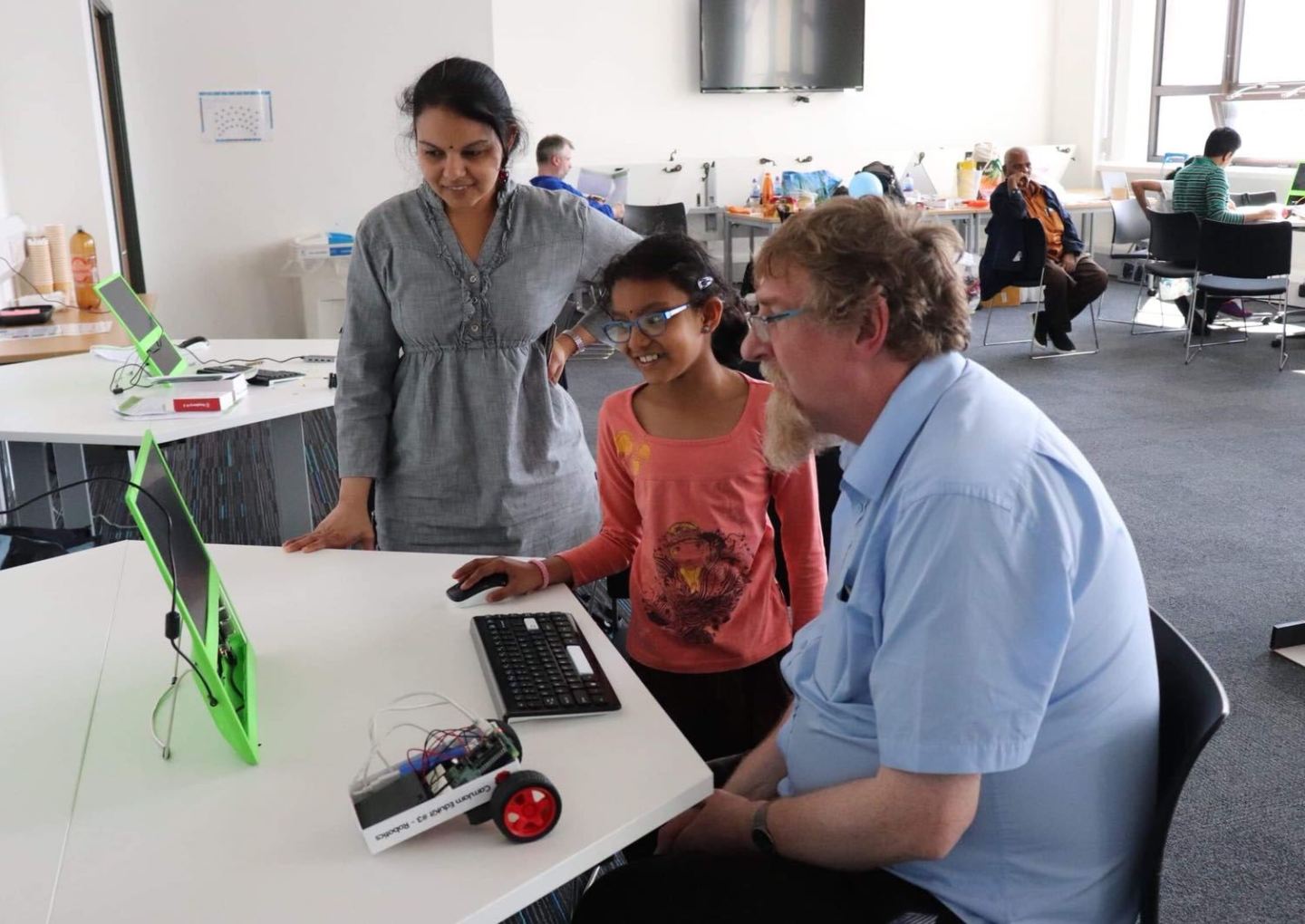 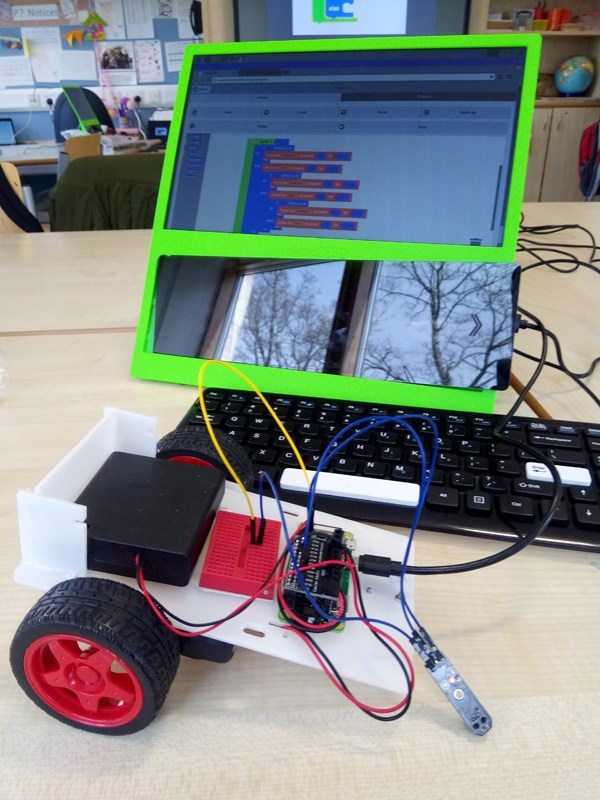 The 7 weeks consist of, “scene setting”, where we discuss space travel, Scottish geography, NASA Mars exploration history, the solar system & anything the pupils bring up when shown the videos & images we bring. We then build a working Rover, working with CamJam robotics kits & laser cut PTFE chassis, the pupils have to construct & wire their robots from illustrations & trial & error. We love this task, as we see a lot of “Growth Mindset” creeping in, it always starts with “this is too difficult” to “yeah! look at our finished robot!”… emphasis on “trying” and making mistakes is key to our teaching philosophy. A lot of knowledge transfer can come form this task too, where pupils that complete the task early, ask to help others & show pitfalls & tips to complete their robots.

The following weeks, we design & build garages / habitats for our rovers from cardboard & MakeDo construction kits. We then explore making a simple program in a customised Blockly environment on the Raspberry PI to control the robot from a set start point to drive into the base, creating a repeatable algorithm. We learn about coordinates & instructions & what an algorithm is & does.

We then start introducing sensors & electronics to the kit, a line follower, an LED, a distance sensor… with around 4 weeks of deep learning & play / experimentation in using electronics & computer coding to control robotic tasks.

We have learned a lot ourselves when teaching this workshop & would like to thank all the schools that have had us so far, it’s really rewarding to see pupils surprising themselves with what they are capable of & enjoying challenging tasks. Digital Maker CIC have been working in some schools in Aberdeen, thanks to the Aberdeen City Council “U Decide” participatory funding we won last year.

We’ve had fantastic feedback from the pupils & teachers. Below is a lovely testimonial from Ms Masters, P7 Teacher in Seaton.

I have loved having Awesome Tech in our class, and so have the children. They have helped teach skills such as resilience and applying a growth mindset, and there have been so many amazing ‘lightbulb’ moments! The children are applying skills and meeting outcomes that can be tricky for teachers to incorporate otherwise- and can be beyond our own subject knowledge! It has given confidence to pupils who find other areas of the curriculum challenging and allowed them to hone their skills in working as part of a team. It’s rare to have visitors who not only have such subject knowledge but are also so effective at working with children- my class think Martin and Phil are just the best and look forward to every visit! “This funding is going to help Digital Maker CIC a great deal” said Martin Evans, Director and lead tutor, “It gives us funding to develop new workshops & curriculums, and offer our services to underfunded areas in need of STEAM education”. Philip Thompson, also a director and lead tutor for Digital Maker CIC  said “It’s also given us a confidence boost, FirstPort were really excited about what we’re doing & see the benefits of our work for pupils that don’t have the kinds of opportunities we offer, we can really contribute to the Scottish Government’s plans to get Scottish School Pupils digitally savvy & turned on to STEAM opportunities”.

With the FirstPort funding, Digital Maker CIC are in a strong position to expand their business and provide more high quality STEAM education in Aberdeen and beyond. 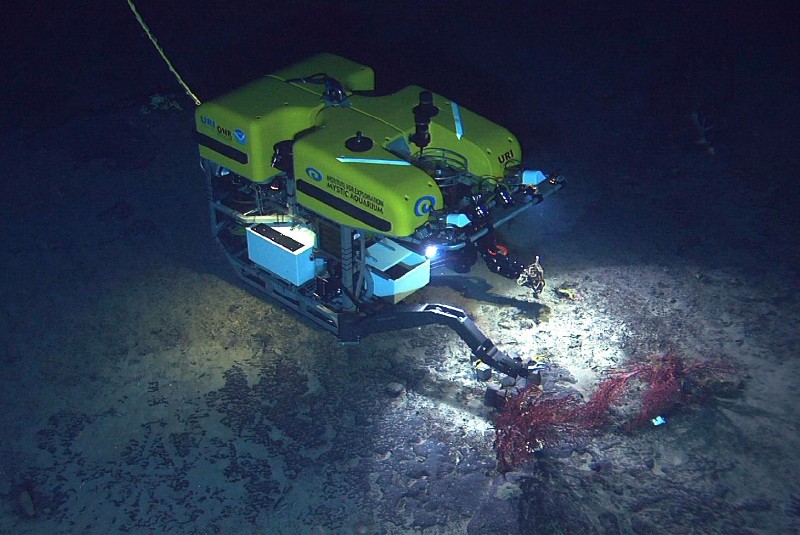 Martin & Philip will be working with the Science Communicators at the festival to build, control & explore Micro ROVs in an exciting workshop for kids aged 9-12.