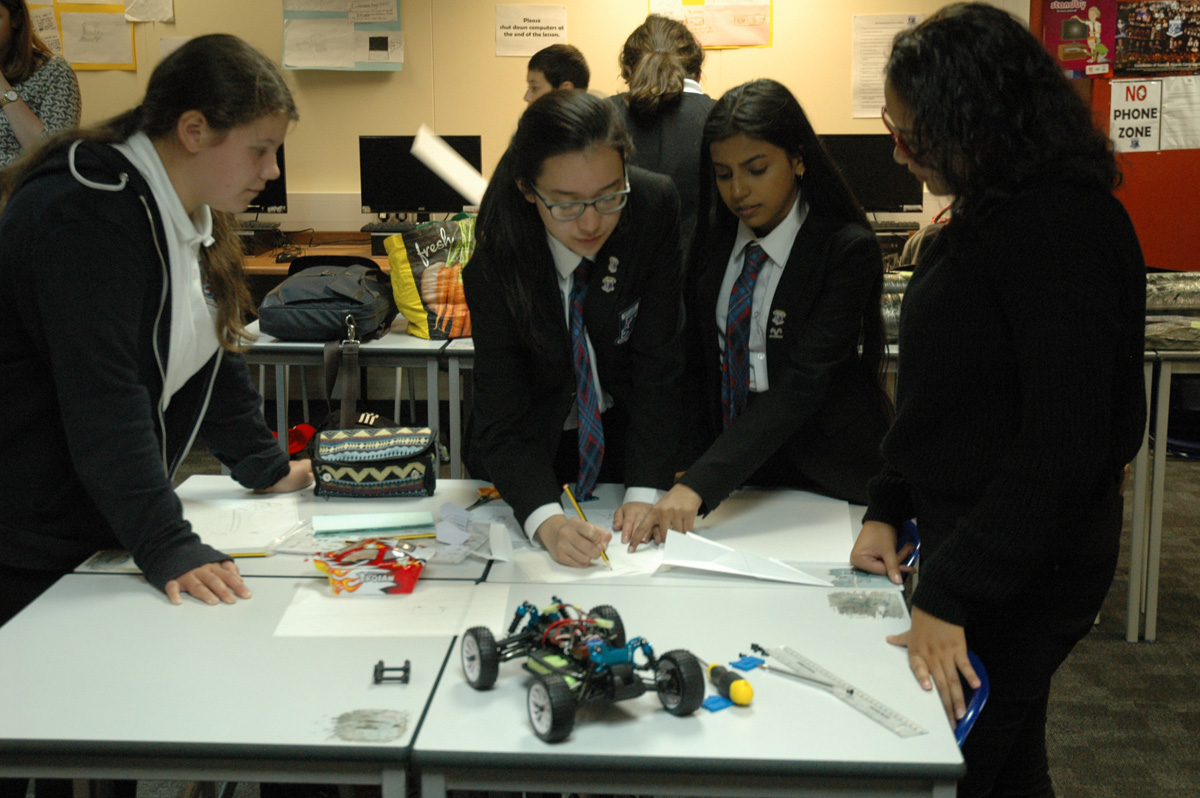 Working in teams of four, the pupils were given tasks of constructing & managing their cars, “training” and improving their driving skills, as the better the car is driven, the better the Machine Learning model will be. The pupils could quickly train & then produce ML models (via cloud computing), giving exciting results, as the cars drove themselves around the 4m2 tracks we use. The pupils quickly learned that the better they drove the cars, the automated driving improved.

The teams also tried to add obstacles (orange cones) into the modelling, creating various results (success & failure), but, with more training & time, the pupils understood that their cars would “get better” with time.

We’d like to thank Northfield Academy & Transition Extreme Sports Ltd for their support & use of space, in order that we could run the workshops. We are working on extending the workshops to Aberdeenshire & eventually have a North East interschools competition for the Driverless Car technology.

If you’d like more information, or want your school to participate in this project, please do get in touch!